Can AI Get Us Closer To A Truly Personalized Attendee Experience? 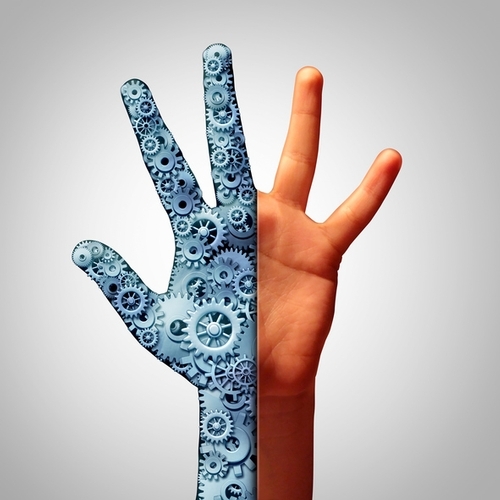 Attendees don’t have time to wander around at conferences and tradeshows hoping that serendipity delivers the payoff for a week out of pocket. They want tailor-made information, connections, and experiences to come to them. Current event technologies have set the stage for a hyper-personalized attendee experience, but they’re not there yet. Artificial intelligence has the potential to take event tech to the next level.

Personalization’s State of The Art

There are mechanisms in place to give conference-goers the ability to consume an event in a way that is uniquely suited to their interests. Badges outfitted with barcodes, wearable beacons, or RFID/NFC tags, can open the door to unique gifts, access, content, or gameplay. Mobile conference apps offer up myriad opportunities for users to define their particular attendee journey. Reports and data visualizations provide event organizers with clues for delivering personalized programming.

But there are limitations to the personalization strategies and technologies in use today. The majority can only organize and distribute existing information. They cannot learn, or problem solve. That is the domain of artificial intelligence (AI), an umbrella term used to describe software’s ability to simulate human intelligence and behavior. The promise of artificial intelligence is to understand context, intent, and relationships so that it can anticipate and predict rather than simply report.

Artificial intelligence is already beginning to impact the attendee experience. Visit Orlando is using AI in its mobile app to give recommendations to visitors who type requests into the app. It could presumably help event-goers too. The AI-enabled Concierge Eventbot answers attendee questions (where is my next breakout session or what should I have for lunch?) using Facebook Messenger and SMS text via smartphone. In both cases, the AI doesn’t just regurgitate frequently asked questions; it learns to anticipate questions and provide the best answers.

Another example of the emerging use of artificial intelligence in events is the Grip matchmaking engine. Grip takes inputs from registration data and an attendee’s social profile (it’s capable of processing other data too), breaks them down into keywords, and applies AI to produce peer-to-peer matches. “We use artificial intelligence to understand the relationships between people and the likelihood that two individuals are going to be interested in each other,” says Tim Groot, co-founder and CEO of Grip.

AI For Other Tech Companies

Grip is not an event-mobile app although the company built an app to showcase its AI engine. Grip is designed to integrate with other event-mobile apps and software-as-a-service providers (the company is also looking beyond live events to apply its matchmaking capabilities) through an application-programming interface (API). Thus, rather than compete with other app companies, Grip aims to fortify them with next-generation technology that they would otherwise have to develop in-house.

Grip learns from user behaviors. It improves its match recommendations based on actions like swiping or skipping suggested matches (to show interest or disinterest) and requesting or declining meetings. Prior connections to a proposed match or connections between the match and others in the user’s social network can also influence a suggestion. Grip’s AI engine learns not only from the user’s behaviors but the actions of other users at the same or similar events.

A Giant Leap For Tech

Like other foundational technologies—the Internet, mobile applications, and cloud computing—artificial intelligence, though still in its imperfect early stages, is poised to redefine and reimagine existing event technologies and processes. It stands alone in its ability to contextualize and predict behaviors, which, from a personalization perspective, could progress the attendee experience by light years. Very soon, AI is likely to become a baseline requirement for all event technologies.