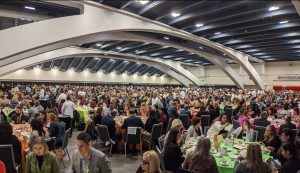 The Convening Leaders Conference from the Professional Convention Management Association (PCMA) was recently held January 5-8, 2020 in San Francisco.  Several members of The Expo Group team were onsite at this high-energy event with exciting and engaging presenters who often aren’t in the event industry but have a great way of tying their messaging into what we do.

While our team learned from numerous presenters, a few stood out and inspired us on another level. They were Simon Sinek, Gene Kranz, and David Meade. 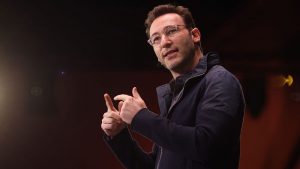 Attendees brains are still on fire after Simon Sinek’s opening address, The Infinite Game. Sinek became famous for his TED talk about getting to the WHY, and he continued with this talk explaining how being in business to compete is pointless, since business itself is an infinite game with no clear winner.  As the favorite of our own VP, Sales Todd Neely, Sinek shared about speaking at a Microsoft conference where everyone talked about Apple and how to be better than their top competitor. Yet over at the Apple conference where he spoke, the talk was about how to make their own products better for users. Apple gets to the WHY they are a company. They think differently and challenge the status quo.

How often do event planners and trade show organizers find themselves trying to “beat” a competitive event to have more attendees? How often do we slip into measuring just the revenue dollars instead of the transformative impact we are having on participants of all types?

Sinek pointed out that most things in life we experience have known players, fixed rules, and the endpoint is clear; these are finite games and there are clear winners and losers. Football, chess, and tests taken in the classroom fall into that category of things that are defined as finite games. Business is different; the players come and go, the rules are constantly changing, and there is no clear endpoint. Winners and losers are subject to the definition of the rules at the moment. Those organizations that succeed embrace the infinite mindset, are better innovators, have stronger corporate communities, and overall better performance. They look inward, compete against themselves, and are primarily concerned with being better tomorrow than they were today.

Want to get inspired by Simon Sinek too? Watch more here: https://youtu.be/tye525dkfi8 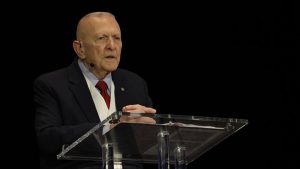 Described as a “once-in-a-lifetime experience” by our national Sales Director Jeff Nollman, the session with Gene Kranz, former NASA Flight Control Director from the Mercury and Apollo missions of the 1960s was mesmerizing. Kranz went into detail describing the Apollo 11 mission from liftoff to landing on the moon and the required level of communication, teamwork and planning that went into that mission. The second-by-second planning and contingency planning, and then the fortitude to stick to milestones and prescribed courses of action that was necessary for success, was truly impressive. 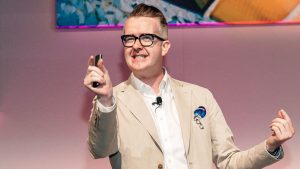 Several behavioral studies and statistics that are vital to his job as a mentalist was shared by speaker David Meade. David had an interesting take on things that would influence decision-making by customers in a business scenario. For instance, if you have several things to propose to a customer, they are 300% more likely to choose the third option regardless of how many options you propose. If you only have two options, make up another option and place the one you want the customer to select in the third position. The first option is most often perceived to be a disappointment because the customer enters the conversation with preconceived ideas and it’s highly unlikely that you will align your solution to what they were thinking. With the second option, the client identifies that as a point of education and feels foolish to decide so early in the process.

The third option is the one most often selected because the human mind is only capable of retaining three options at one time. When a fourth is introduced, humans gravitate back to the last option, and by the time we’ve heard three options we begin to feel like subject matter experts.

That’s our recap on three speakers that impressed us. What was your biggest takeaway from PCMA Convening Leaders 2020? Let us know in the comments or reply back on social media.