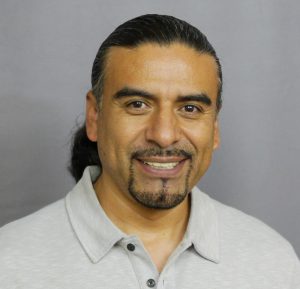 For the February Employee Spotlight, we are highlighting Printer Operator Mario Rodriguez. Mario has been with The Expo Group for four and a half years and helps keep our large printers operating in top shape.  Originally from Guanajuato, Mexico, Mario now resides in Texas, part of our Irving-based team alongside his wife and daughter who work in different departments.  He’s a fan of the Olive Garden and enjoys all varieties of Mexican food. During his free time, you’ll find him playing soccer and staying fit with his family.

FUN FACT: Mario is also a bit of a movie buff (and actor), with his favorite movies being the Star Wars series. In 2016, he was able to make his big screen debut as a zombie in a small, independent movie called “Ghede Origins”.

His trade show and event advice?  When it comes to large-scale printing, always remember; vector images are your friend.