This article by Matt Alderton is reprinted here with permission from Successful Meetings and originally appeared online here. 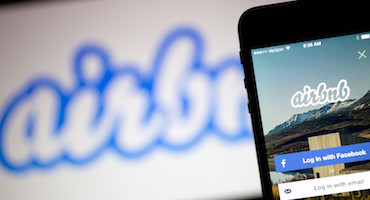 It’s no surprise that the sharing economy is eating into hotels’ market share. Exactly how big a bite it’s taking, however, has so far been unclear. Until now, that is: CBRE Hotels, the hospitality advisory group of commercial real estate services firm CBRE Group Inc., has developed a new “Airbnb Competition Index” quantifying the impact of home-sharing website Airbnb on traditional lodging, it announced this week.

Between October 2014 and September 2015, CBRE Hotels studied Airbnb’s presence in key markets throughout the United States and determined that the company is growing at a rapid pace, with users spending $2.4 billion on lodging in the United States over the past year. More than 55 percent of that was spent in only five U.S. cities: New York, Los Angeles, San Francisco, Miami, and Boston. In those markets, especially, CBRE Hotels asserts, Airbnb represents “a significant portion of the lodging revenues.”

“It seems reasonable that Airbnb will impact hotels in two ways,” said R. Mark Woodworth, senior managing director of CBRE Hotels. “For existing hotels, the growth of average daily rates will most likely be curtailed. The fluid nature of Airbnb’s supply suggests that traditional hotel’s historic price premiums realized during peak demand periods will be mitigated. The other impact may be on new hotel construction. Airbnb may be an impediment to traditional hotel construction and could reduce traditional hotel supply growth in many markets.”

To help the lodging industry assess the threat Airbnb represents in various local markets, CBRE Hotels created the Airbnb Competition Index, which rates markets on a 100-point scale based on a comparison of Airbnb’s average daily room rates (ADR) to traditional hotel ADRs, the scale of the active Airbnb inventory in a market to the supply of traditional hotels, and the overall growth of active Airbnb supply in the market.

CBRE’s full study, including index results for the country’s 15 most Airbnb-competitive cities, is available on the company’s website here.