What An Internet Millionaire Thinks About The B2B Event Industry 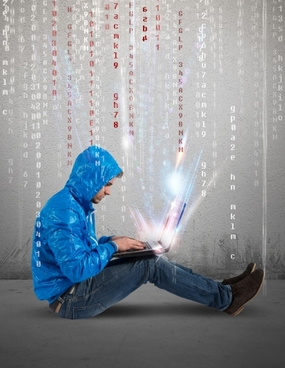 Joel Comm is a jack of all digital trades, a renaissance man who has seen and done some things. During New Media Expo where he gave a keynote presentation, he sat down with Event Tech Brief to talk about his career, social media, and how some in the b-to-b event industry might be getting social and digital totally wrong.

Comm began his relationship with computers at age 16 with a Radio Shack Tandy TRS-80 Model 1 computer system. After working in radio and as a DJ in nightclubs—even doing weddings and bar mitzvahs—he built his first website for software reviews. A second website, which he and his partners eventually sold to Yahoo!, was a collection of online multiplayer games, and a third venture on the web was a daily deal themed site that leveraged affiliate marketing.

After the dot.com bubble burst putting his daily deal site into a tailspin, Comm discovered Google’s AdSense program, a way to earn revenue by featuring targeted Google ads alongside relevant content. He parlayed his interest into an ebook and eventually published a New York Times bestselling book titled, “The AdSense Code: What Google Never Told You About Making Money with AdSense.” The book led to speaking engagements, online courses and a web-based reality TV show.

By 2007, Comm sunk his teeth into social media. He has since written several books on the subject, including, “Twitter Power: How to Dominate Your Market One Tweet at a Time (updated as Twitter Power 2.0 and 3.0), “Social Poetry: Boosting Engagement and Encouraging Conversation by Using Inspirational, Educational, and Entertaining Photoquotes,” and several others. When the Smartphone was introduced he even developed a popular app.

On digital engagement
Comm is frank in his comments about the love-hate relationship that business-to-business trade shows and conferences have with digital engagement—loving the ease with which it can be used to promote awareness about events but hating the fact that live events sometimes compete with digital channels for marketing budgets. He describes event organizers who don’t see the symbiotic relationship between live and digital as “out of touch.”

“I use my smartphone to call, text, post on social media, and upload videos to engage with people. Not only is it effective for connecting with people that are close to me, but my circle of influence has also expanded exponentially. I develop relationships with people online and then I see them at live events all the time,“ Comm says. He sees face-to-face events as part of a continuum of engagement and believes that event organizers should do the same.

On how to really leverage social media
While Comm tends to be involved with events that understand digital and social communication channels well, he understands that not every organizer uses social media optimally. Some still promote their events on social media platforms the same way that they advertise on traditional channels. “Basically, what you are doing is grabbing your soap box and your megaphone and you’re setting it up on the corner and you’re blasting people. That doesn’t really work on social,” he says.

Instead of using social media channels to advertise, Comm suggests using them to expand the event community. “With social media, can instantly reach around the world to communicate with people who aren’t at the event. By encouraging attendees to facebook, meerkat, periscope, and tweet [from the event] about the event, they all become tools to create awareness and potentially drive people to watch paid virtual streams or attend,” he says.

On the convergence of live and digital
Joel Comm may not be the only person to experience the blending of live and digital experiences, but he may be among the most qualified to describe what’s happening. “Everything is moving so quickly. It really is. The mobile device changed everything and now that everyone has a phone, they understand connecting. As long as people are being innovative and technology is providing opportunities, and people are creative, there is no way to stop the momentum.”

As for event organizers who can’t or won’t embrace social and digital as an extension of the live experience, Comm makes a prediction. “Innovation is unstoppable and those who are still holding on to the last vestige of ‘that’s the way we’ve done things’ are going to be left behind. It’s like going back to the dark ages. We are in a new age of enlightenment, which is bringing us more knowledge and an opportunity for more wisdom.”

While Comm has made his fortune and staked his career on the Internet, he describes a personal philosophy that transcends digital tools. “I love technology, but I really try to live my life in a way that is about people. I try to do my best to be present, open, honest and authentic and let people know that they matter and that I believe in them.” In fact, he quotes one of the most famous authors and motivators of all time, Zig Ziglar, to explain the way he approaches business and life. “It doesn’t matter what tools we use. You get what you want when you help enough people get what they want.”