Pokemon Go and Your Event

Pokemon Go and Your Event

It’s been out for less than two months but it’s already popping up everywhere both online and in the real world. Of course, I’m talking about Pokémon GO, the hit mobile game that grabs elements of nostalgia, competition and augmented reality to create a sensation around the world. But anyone who is familiar with the dynamics of the game will recognize aspects that can easily be applied to the event world. 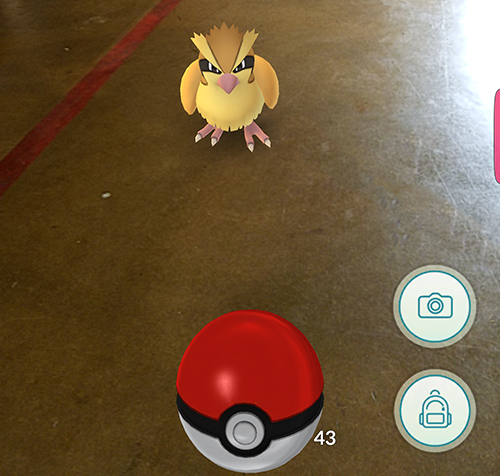 What the heck is a Pokemon?

Pokeman essentially means “pocket monsters” and 2016 marks the 20th year of Nintendo’s insanely popular franchise that begin as a video game for the original Game Boy.  The goal of Pokeman Go is to use purchased Pokeballs to capture these pocket monsters.  The twist that has captured the imaginiation of so many is that Pokeman Go uses your phone’s GPS to overlay those little monsters on your screen as you view your actual surroundings.  Augmented Reality has never been so fun as you scan your real world environment and capture a wild Magikarp sneaking through your parking lot.  Or a Charmander on top of your desk.

Zach and Mandy point out the wild Bulbasaur.

Augmented Reality on the Show Floor

Event marketers are salivating at the thought of bringing this augmented reality to a branded experience and as Michelle Bruno writes in the latest Event Tech Brief, an application is already available.

Candy Lab, the creators of the CandyBAR tool suite, refers to its product as blended augmented reality because, while it works outdoors with GPS technology, it automatically changes to Bluetooth beacon technology when users move indoors (unlike the GPS-only platform on which Pokémon Go is based).

CandyBar is a white-label mobile app that lets users view objects in the real world using the camera on their mobile devices and when they do, the augmented reality engine (located on the remote Candy Lab server) shows them an extra “layer” of content: photo, text, web URL, or video. It relies on cellular service or WiFi to function. Game strategy is built into the app with point tallies and a leaderboard. The CandyBar dashboard allows event organizers or agencies to monitor multiple apps and campaigns and create their own customized user experiences. They can load fun facts (content), offers (a code that can be redeemed for rewards), quizzes, and the images that appear when users zero in on the GPS coordinates or beacons.

But it’s not only the gameplay of Pokemon Go that should attract the attention of event organizers but some of the reasons behind the game’s success that planners should learn from and incorporate into their upcoming shows and experiences.

For example, don’t underestimate the drawing power of a big name.  The developer of Pokeman Go, Niantic, created a similar game called Ingress but it never really took off until it was repackaged with the Pokeman brand.   Well-known popular speakers can bring in big numbers and help tip the scales in favor of getting an attendee to commit to your event.

Nick Borelli brings up some other great ways that event planners can learn from Pokemon Go in this article from Event Manager Blog including exercise.

The last few years of meeting trends have really emphasized the importance of movement and exercise for attendees. Conferences now include fun runs and pedometer competitions and smart speakers have encouraged stretching, dancing, and even yoga moves into their presentations. Pokemon Go has broken new ground as a game that has motivated even the least ambulatory to go outside for a walk.

The original Nintendo got kids to run in place at home while years later their Wii console made bowling and sword fighting much more active. This is the next step. The most popular games throughout history have taken place outside and this game is trying to reverse the past 30 years’ obsession with indoor sedentary engagement. Your attendees want to move around; you just have to make it fun.

Engagement is a favorite buzzword in our industry and Pokeman Go surprisingly provides that engagement even though you might think a mobile app would confine everyone to simply stare at their phone.  In fact, tales of people engaging in friendly conversation from very different backgrounds have emerged as people hunt for their pocket monsters at parks, downtown squares and various hot spots around town.   Providing an excuse for like-minded attendees to engage at a newcomer’s dinner or compete in terms of teams on the show floor creates that engagement that helps make your event memorable. 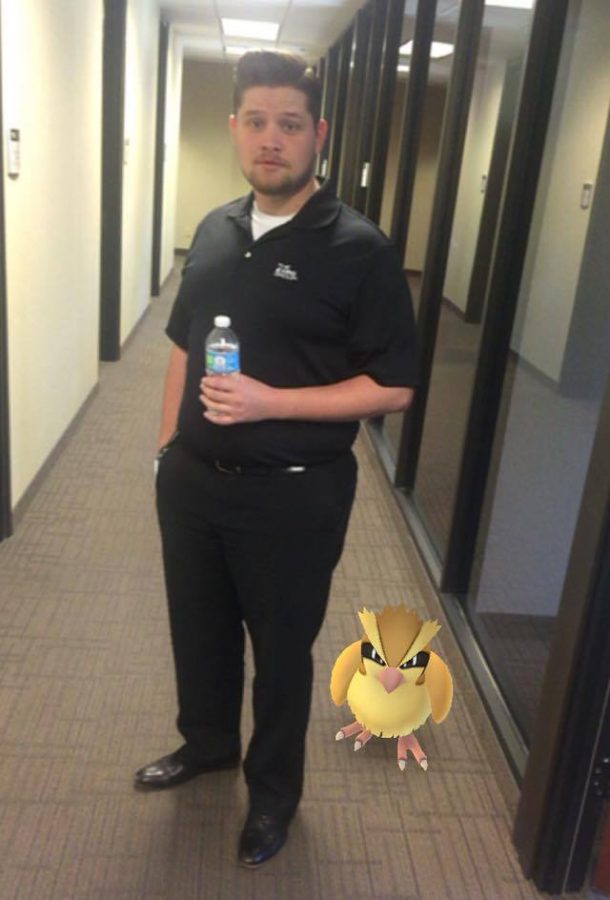 David is not aware of the Pidgey by his feet.

Todd Carruth is the Interactive Marketing Manager for The Expo Group.