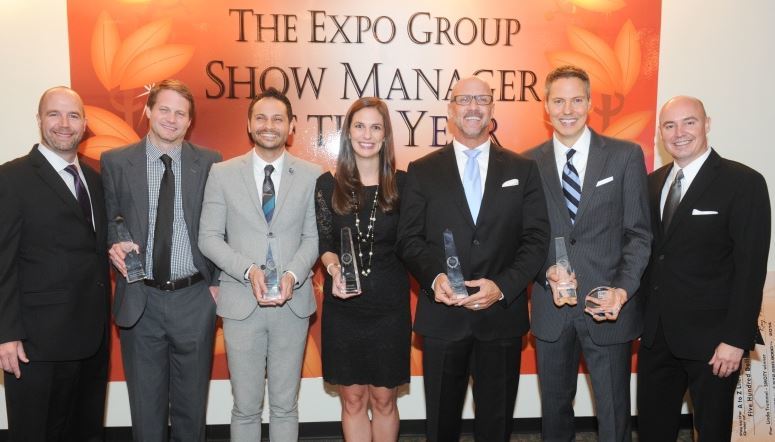 The 2015 The Expo Group Show Manager of the Year Awards were handed out as part of a gala celebration in conjunction with the TSNN Awards in early November at the AmericasMart in Atlanta. 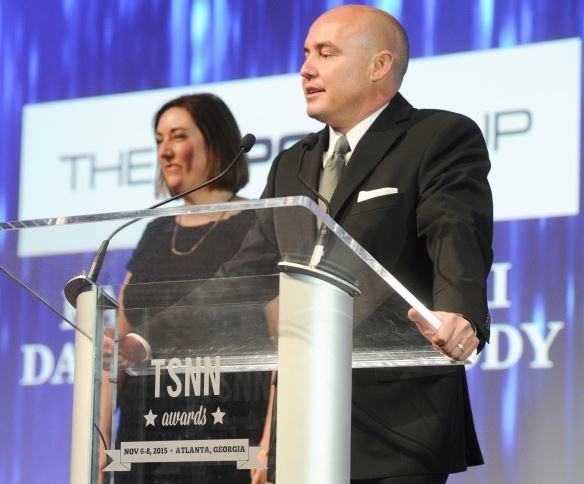 Presented on stage by VP of Communication Dana Freker Doody and VP/COO Randy Pekowski, the iconic obelisk crystal trophy was presented to five outstanding show managers in five separate tiers.  Here are some more images from that night courtesy of Les from The Photo Group. 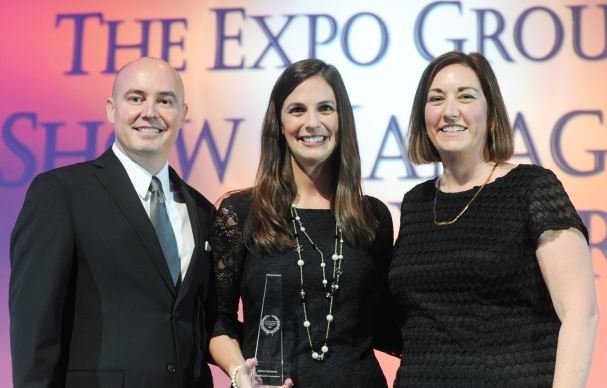 In Tier 1, featuring shows with 150 booths or less, Linda Trummel, Manager of Events Services from Smith Bucklin accepts her award with Randy and Dana. 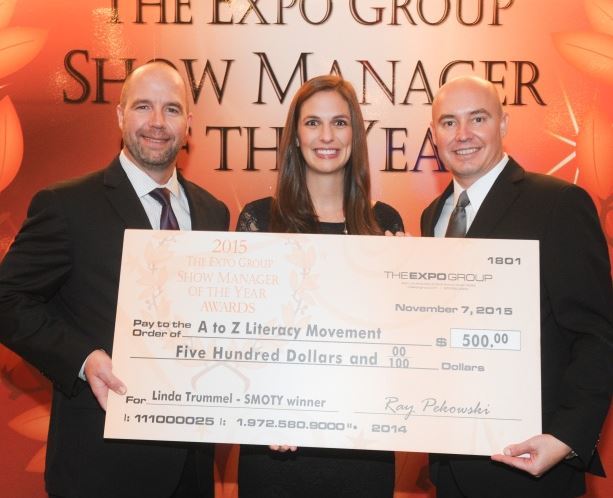 Linda accepts her donation check from Jason Miller (left) and Randy Pekowski (right) for the A To Z Literacy Movement. 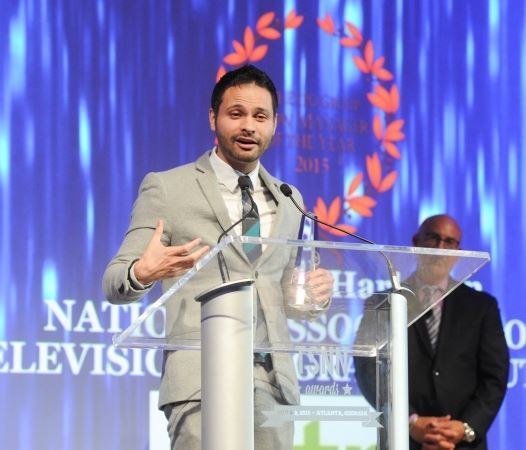 In Tier 2, VP of Operations and Event Services with the National Association of Television Program Executives Wayneston Harbeson thanks the crowd and his mentor, Eric Z Horn (who is also a SMOTY Winner) 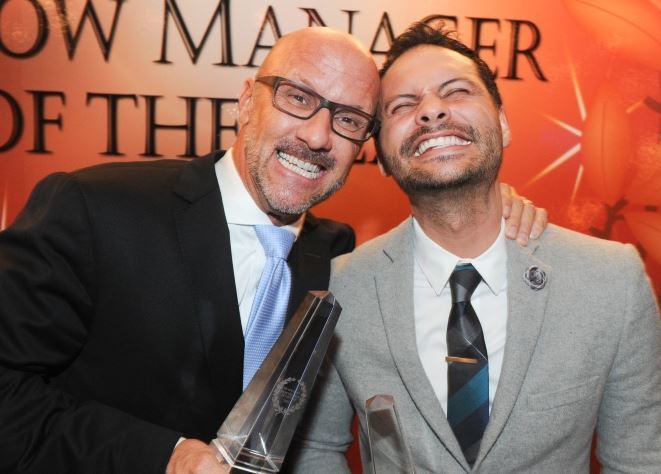 Wayneston and Eric having fun during picture time. 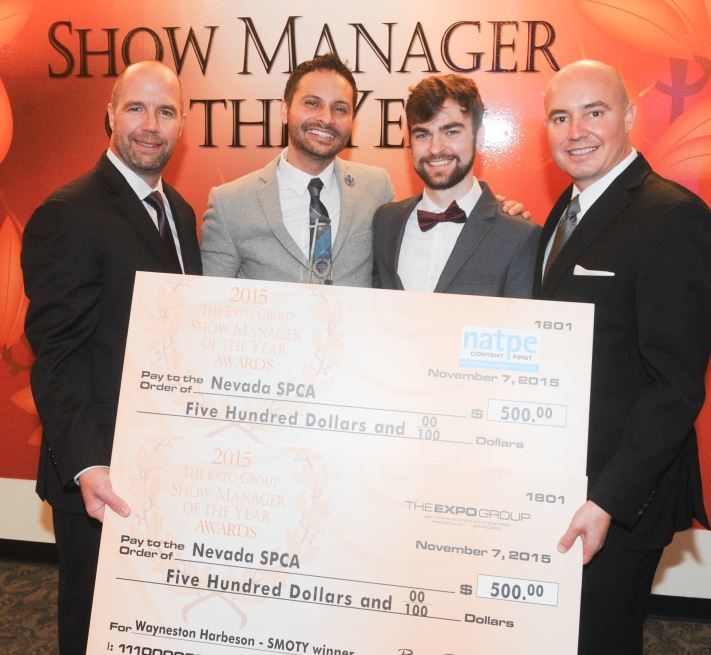 Wayneston’s charity of choice is the Nevada SPCA shown here with a matching check from NATPE. 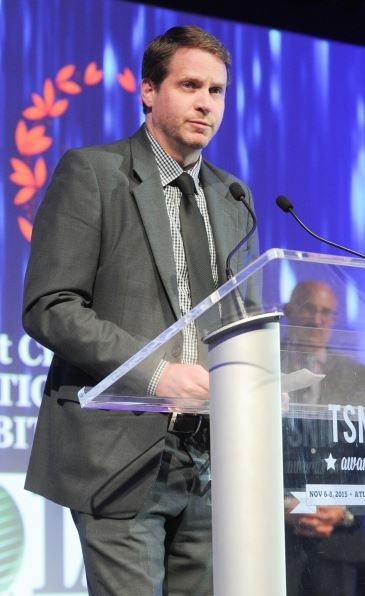 In Tier 3, IAEE’s VP of Exhibitions and Events Scott Craighead addresses the crowd after accepting his SMOTY Award. 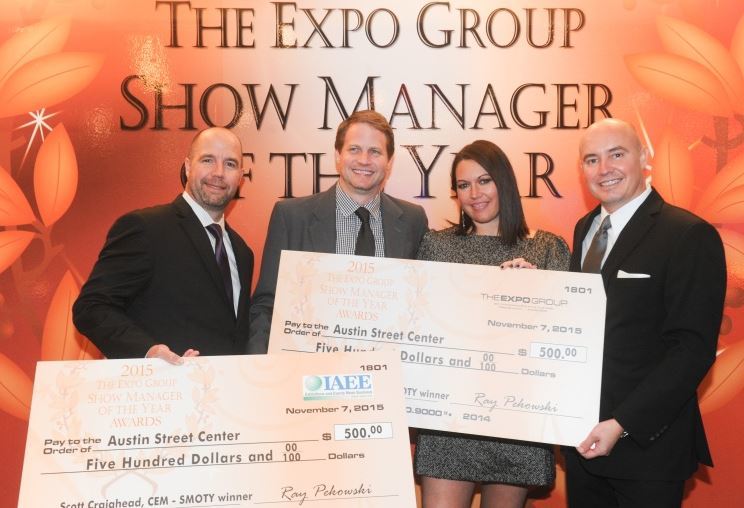 Scott’s $500 check went to the Austin Street Center with a matching donation provided by IAEE. 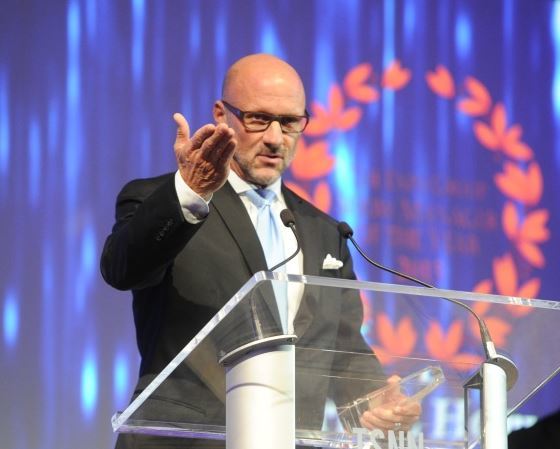 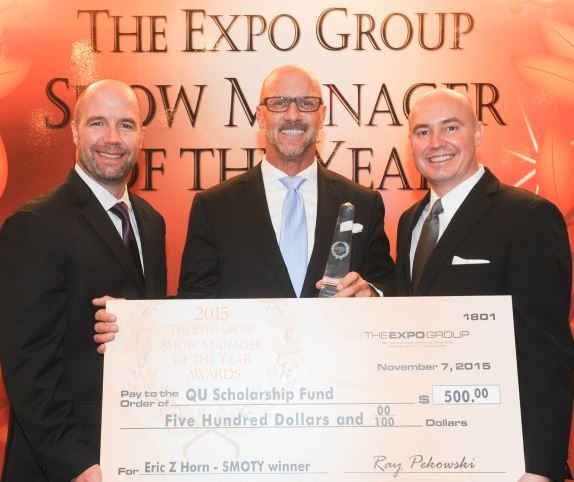 Scott’s donation check is going to the Q U Scholarship fund. 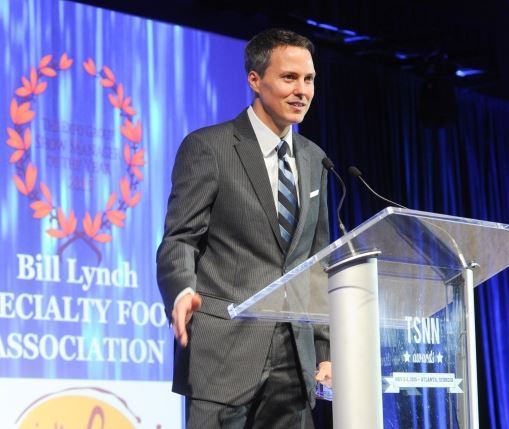 In Tier 5 featuring shows with 1500 or more booths, Bill Lynch from the Specialty Food Association accepts his SMOTY Award. 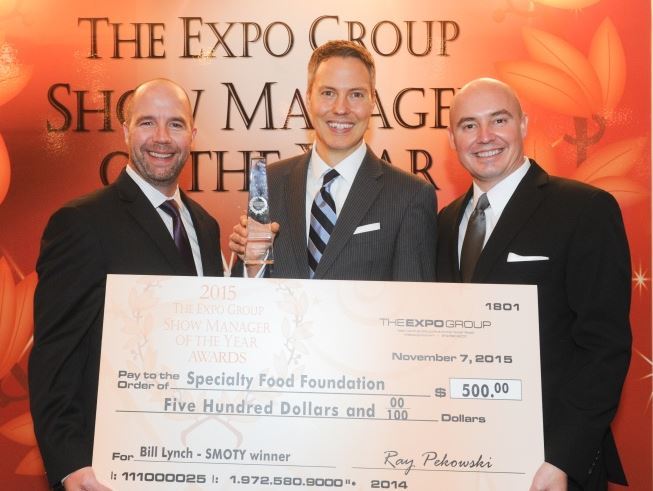 Jason and Randy help Bill hold his $500 check for the Specialty Food Association.