Most of us feel like we have lived in the Digital Age forever. There are young adults who have never dialed a rotary phone, fumbled for a key to unlock their car or twisted a knob to turn on their television.

And yet, a mere 11 years ago, when the first edition of “The Invisible Exhibitor” was published, there was little discussion of digital tools in the exhibitor’s toolbox.

Certainly, there were complaints about how information was transmitted to exhibitors and the sometimes-confusing forms to fill out, along with suggestions about how technology could simplify things in those areas – but little or no discussion about how digital tools could be used by the exhibitor on the show floor.

Suffice it to say it was a different story when we recently interviewed exhibitors again to assess whether the industry still suffered from the plight of “The Invisible Exhibitor.” Those interviews showed, as suspected, digital tools are essential to any exhibitor’s work.

Interactive demonstrations in the exhibit booth have replaced piles of brochures stacked on tables, and digital screens have taken the place of colorfully prin

ted displays on metal easels. Exhibitors now deploy social media professionals to upload real-time messages that will direct traffic at any given event to their specific booth. Sophisticated social media campaigns before and after events have taken the place of direct mail promises of free gifts and snacks if attendees visit.

What’s more, over the last decade, attendees have become just as accustomed to their digital tools as the exhibitors who hope to engage them.

A recent poll by the Pew Research Center found that more than half of all Americans have made an online purchase using their smartphones. Three out of five have called or texted somebody they know while inside a store to discuss a purchase, and 45 percent have used a smartphone, while they were in a store, to look for better prices elsewhere.

There is no reason we should think that behavior would change once consumers-slash-attendees reach the show floor. Attendees are now “digital citizens” in every facet of their lives and expect nothing less when they attend a trade show.

Exhibitors told us that while they and attendees seem to be embracing this new Digital Age together, show organizers…not so much. Research revealed most exhibitors believe show organizers could and should do a better job of helping them employ their digital tools to accomplish event goals.

The fundamental thing exhibitors wonder about is the still-rudimentary nature of most show apps and the spotty Internet connectivity called convention center Wi-Fi. 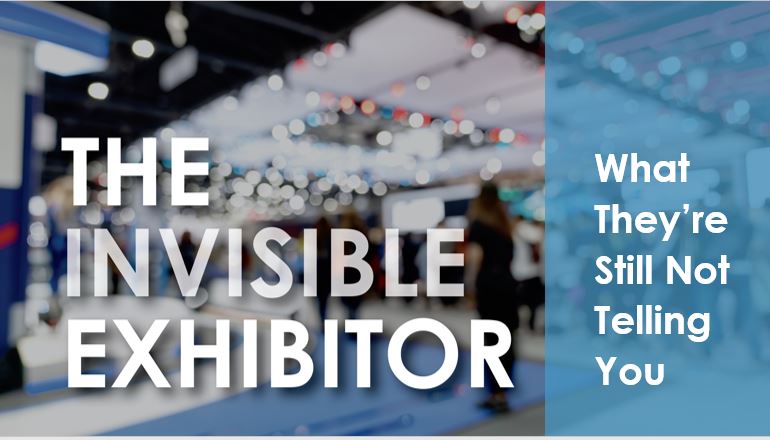 Across the spectrum of industries, researchers will tell you brand loyalty largely has been replaced by the ease with which consumers can shop and purchase products online.

At their peril, organizers insist the value of their shows’ brands trump the exhibitors’ ability to connect with attendees via Digital Tools.

Click HERE to find out what you can do to better engage with your exhibitors with digital tools.