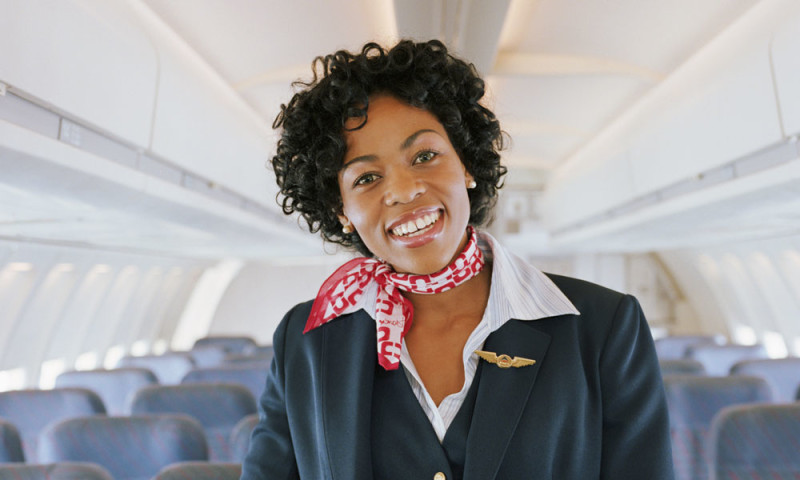 This guest post by Associate Editor Katie Bascuas from Associations Now has been reprinted with permission.  Copyright, ASAE: The Center for Association Leadership, December 24, 2015, Washington, DC.

Are you headed out of town? If you are, and you’re flying, did you upgrade to a better seat?

While more room and getting to board the plane before anyone else is nice, a majority of passengers rated the quality of a flight’s crew as the element with the most influence on their satisfaction, according to a recent survey from the International Air Transport Association.

Based on data collected from more than 300,000 passengers, people are much more affected by their interactions with a flight’s crew than in-flight entertainment, fancy snacks, access to WiFi, or other amenities, suggesting airlines should pay more attention to the ways in which their staff are interacting with passengers.

“The airline with a great seat and a bad crew will get a bad score no matter how fancy the seat is,” Tim-Jasper Schaaf, director of marketing and sales at IATA, said during the association’s Global Media Day in Geneva, according to Runway Girl Network. “The crew drives passenger satisfaction so much that the other factors are less important.”

In other words, passengers value a connection with customer-service providers—something a recent study of contact centers also found. Earlier this year, the Contact Center Satisfaction Index (CCSI) from the CFI Group detailed that customers reported 40 percent higher satisfaction when they interacted with people as opposed to automated systems.

The significance of customer service is certainly not lost on associations, where meeting the needs of members is everyone’s job (ASAE member login required). Here are a few ways associations are creating connection with members:

At the California Dental Association, Terry Fong serves as member concierge and calls each and every new member to welcome them and ask if there is anything they need.

The role was created in 2012 to help create more personalized relationships as part of a yearlong member onboarding program. During the 10 to 20 calls Fong may make in any day, she gathers information such as employment status, key interests, reason for joining, and languages spoken, which is then plugged into CDA’s member database. About a week later, Fong will follow-up with those members she spoke to on the phone with a personalized follow-up email that contains any relevant resources the member asked about.

When communicating with members, you don’t have to relegate yourself to a phone call or email. Michael Barbagallo, senior manager, member services, at the National Council of Teachers of Mathematics, shared tips for interacting with members via web chat, for example.

“Online (or web) chat has been used by customer-service centers for more than two decades,” he wrote in Associations Now. “It still provides some excellent service opportunities, such as enabling members to connect with your agents immediately if they have questions about something on your website.”

If you go this route, stick to one channel at a time rather than taking phone calls at the same time as you’re chatting online with a member. Also, limit the number of simultaneous chats to three. “More than that can lead to delays in responding and annoyed members,” Barbagallo wrote.

Alternatively, some groups, such as the National Restaurant Association, are turning to texting to help ease high call volumes. After turning to a texting service a little under two years ago, the association reduced its voicemail log by 80 percent in the first several months and engaged in about 6,000 text conversations. And the feedback from members was positive.

“We have some members who prefer to communicate with us through text only, and from our end, it increases our capacity,” Eric Fenlon, then manager of the NRA service center, told Associations Now.