Events are Back & We’re Looking Forward

Events are Back & We’re Looking Forward

Back and Into the Future

While in-person events are back, they are taking on different forms to accommodate a mix of elated exuberance and reserved reluctance, redefined safety protocols and added regulations. Two universities – one private, the other, a large public – were successful at navigating through it all and recently hosted some of the first live celebratory events on their campuses in years. We had the opportunity to speak to them about their experiences. 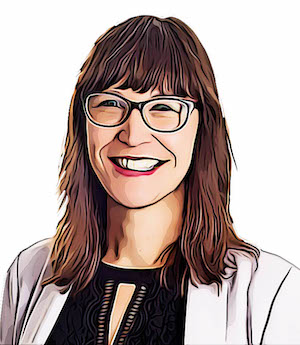 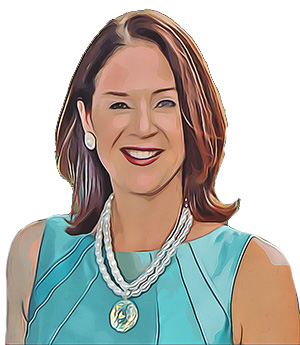 Q:
Institutions are analyzing the size and scope of in-person events post pandemic; you both recently launched major pre-pandemic-sized events. How did it go?

Anne Dean:
As the closure to GW’s bicentennial, our Bicentennial Bash was among the largest one-time, in-person events on The George Washington University campus in recent history. While this event was always going to be a part of a larger Alumni and Friends Weekend, the decision was made to have the 2020 and 2021 commencement celebrations on the National Mall this same weekend, creating the Centuries Celebration Weekend. The energy and the festivity amped up the whole weekend.

Q:
Many planning cycles were stretched thin as wave after wave of uneven news led to pause/stop/go decisions and caused changes in almost everything. How did you work through these challenges?

AD:
We were always going to do the closing bicentennial event in person. In the pandemic environment, that meant making the best possible experience for those people who were coming to campus.

While a neighboring institution cancelled their event for the same weekend, we felt comfortable in where we were. We had developed strong COVID visitor protocols, we asked people to attest ahead of time whether they were fully vaccinated or not or could provide a negative test, then to provide proof onsite at check in, masks on throughout.

AL:
We reached the point when we needed to go public. It was time. We originally said April, we pushed to September, and everything was going great. Alabama got hit by second wave of COVID in August, in terms of the event, at the worst possible time. We needed to go public because we were already at that 60% mark, we had already delayed once. We felt like we knew how to be safe with our mask mandate on campus and provided social distancing. If we were telling our students that they were expected to be in class each day, we felt we needed to be able to be together. We did add a live stream option two weeks before the event so those who were uncomfortable attending in person could still participate. We moved forward and had a great kickoff event.

AL:
Everything worked well. If you took the pandemic out of it, everything worked beautifully – it really did. The student component was great, the student performances were great. The mix of athletics and academics was interesting. I thought we chose our stories well. If doing again, I would approach it the same way.

When the person I worked most closely with on the script saw the Student Support section in person, she said it was magic. It was, and we have used that clip with another group and are using it over and over because who better to tell the story of the Rising Tide than our students who are impacted?

One of the trustees passed me right after the program ended. And he said, “I thought I knew everything that went on at The University of Alabama and I learned so much tonight.” That’s amazing. It gave me chills. If you can excite a trustee, that’s a huge win

AD:
People really enjoyed it because it was so different for us. They loved the food trucks; they loved the DC monument-styled selfie spots. They loved the light up games. It was a little different from what GW normally does; it was more fun. It was less buttoned up. The aerial dancers on the library wall, that was very outside the box for us. Now I have proof of concept that we can go outside of our comfort zone a little bit and people will enjoy it.

One thing that we had planned to do in the year leading up to kickoff were these very small campaign dinners, 10 people around the dining room table, hosted by a campaign volunteer with the President, having a very pointed conversation on the vision of the University. They’re happening now. There are people that came to the kickoff event, but are now going to these very small dinners, having, again, another experience that they’ve never had before. These campaign dinners are going well. We’ve had some six and seven figure gifts that are coming from each of these dinners. The combination of going to the kickoff event first and then going to these dinners, the people are saying yes. And then very quickly – more quickly the normal – we’re closing significant gifts from them. The combination has been exciting and successful. That’s something that we’ve not done before.

I would’ve cut off registration way ahead of the week before the Bicentennial Bash. We had 12,000, almost 13,000 registrations for a space that held 4,500 people. It ended up just right. Interesting to note the drop off – as we know, folks often register and don’t follow through.

We sent a concise, contemporary save-the-date card to our audience in April, but I think it should have instead been a letter from the President explaining the “not-to-be-missed” event that was coming.

AD:
I think one of the things I would recommend to people, and I would wish I had had advice on, was securing budget sign off right away. But pressure makes it fresher. It’s (almost) like we created a stressful environment so that people would make decisions and not wait.

As a result, we did a land speed record to make the Bash happen. It was less than three months from final contract agreement and approval on the finance side to show day. We were very lucky we could start to go immediately because we had the creative plan developed ahead of time.

AD:
Also, in the future, I’d recommend having somebody from the University in the earliest calls with security teams to demonstrate that this is an event to pay attention to, early and often.

Q: Advice for your peers?

AD:
About a month prior to the event, we did a quick roll through of the full weekend with the President on concept. We spent a good amount of time on the Bicentennial Bash in particular –most things stayed in the program, at least one major piece was cut. I am very grateful we did it.

AL:
It’s very important to have a dedicated person – a point person – who has some degree of autonomy with the campaign to make it work. From my perspective, having a small group doing decision making was huge. I don’t know how you would do it if you had to assemble 10 or 12 or 15 people every time you were making a decision. I don’t know how that would work.

Thank you, Anne and Allison for sharing your insights with us!

As we head into the end of the year, we wish you all peaceful holidays and warm winter wishes.

Speak with an event specialist to discover what Level5 Events by The Expo Group can do to help bring your event to life!